Our energy-efficient brand-new homes could ease the impact of rising energy prices, visit here to discover more.
Back

The true cost of grandchildren

With childcare costs increasing every year and the average school summer holiday lasting around six weeks, it’s no wonder busy parents turn to grandpa and grandma for help in looking after the grandchildren. But, there’s a hidden cost to this. The damage to homes that grandchildren can often cause! We polled 1,001 UK grandparents to find out how much damage their beloved grandchildren are costing them when they come to visit.


Our survey showed that on average, quality time with the grandchildren could lead to around £85 of damage being incurred to each room of the house. Our respondents revealed that the living room and garden were most likely to bear the brunt of the costs, with repair bills for each coming in at £65 and £43 respectively. 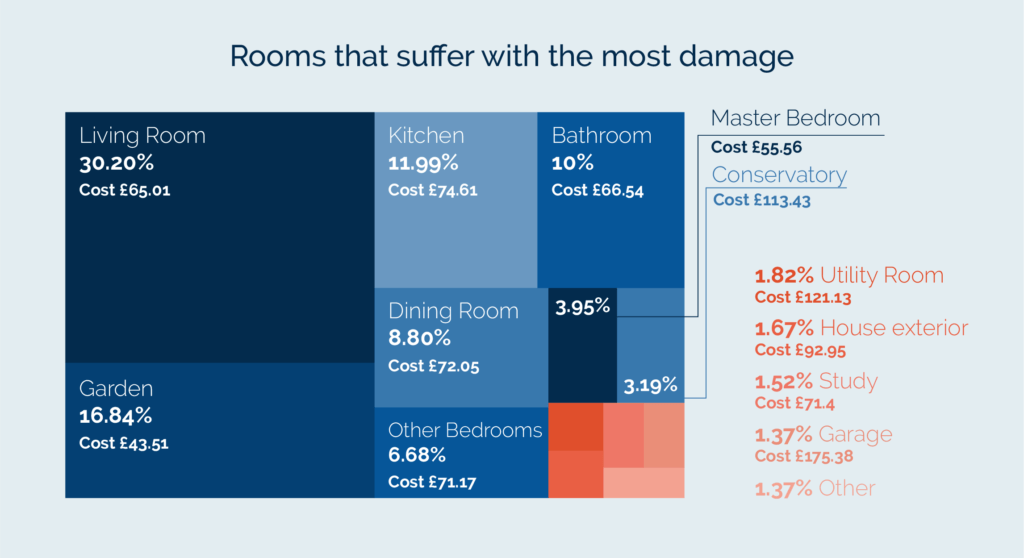 Our survey results highlight that accidents such as spills, stains and other damages to soft furnishings proved to be the most common form of damage. Though they were damaged less frequently, spaces like the utility room and the garage proved much more expensive to fix, with some costs coming in at as much as £175.

With regards to the most common form of damage, spilt food and drink on carpets and soft furnishings came out ontop (65.49%), followed by drawing and painting on walls (14.64%) and broken ornaments in third (6.63%).

And while uncommon occurances, there were more serious forms of damage; most notably ten cases of smashed television screens, eight cases of broken windows, six cases of broken beds and one case of a murdered pet fish! 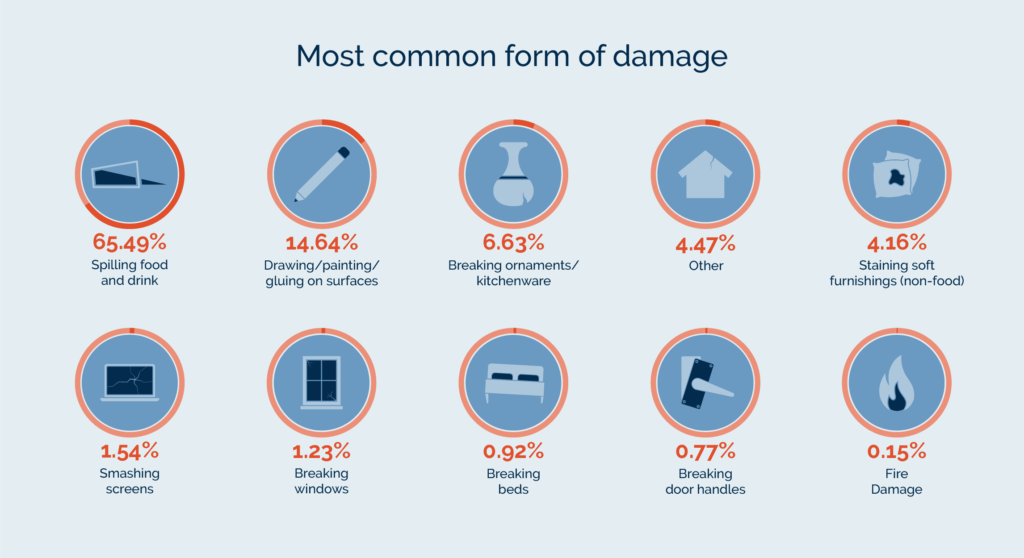 Finally, it looks as though the “boisterous boys” stereotype is actually true; our findings didn’t only indicate that boys are marginally more likely than girls to cause damage (as the graphic below indicates) but also that their repair bills are likely to be around 20% higher than those of their sisters.

Interestingly, grandchildren between the ages of four and six were revealed as the most likely culprits, perhaps because they’re old enough to be up and about, but not quite old enough to know that they shouldn’t be doodling on the wallpaper. 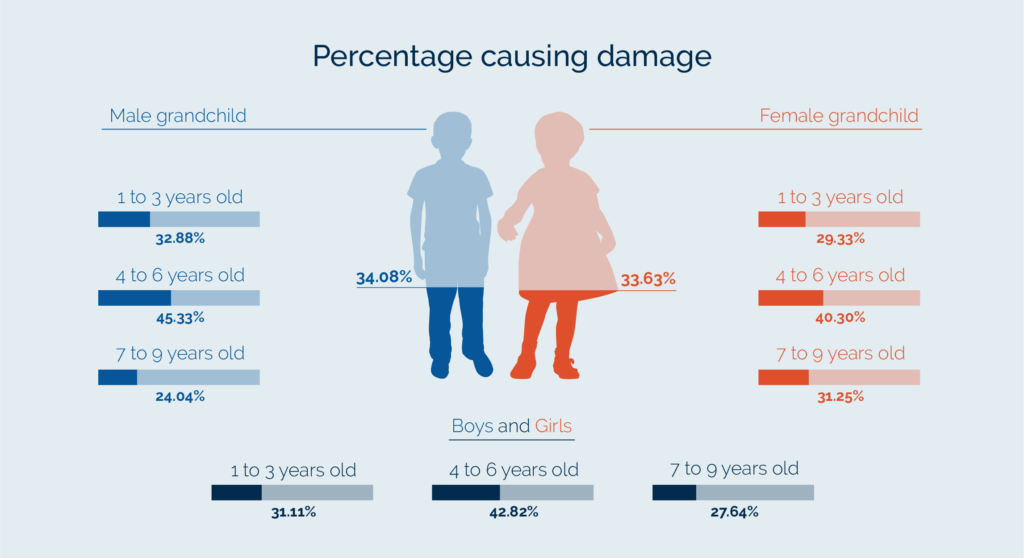 Adding up the bill


Collecting all of our findings we worked out that looking after their grandchildren could cost grandparents a total of £300 million in damages this year – that’s over one thousand times the average price of a home in the UK.

In light of this research grandparents could consider ways to protect their property if they’re going to be having the grandchildren over on a regular basis.

Whilst full baby-proofing might be impractical, simple steps like installing toddler gates to create “no-go” areas can help to reduce the cost of damage which grandchildren can potentially do.

Damage type and costs taken from only the grandparents who reported damage.