Our energy-efficient brand-new homes could ease the impact of rising energy prices, visit here to discover more.
Back

In addition to asking
how satisfied homeowners are with their current property, our recent Home Satisfaction Survey looked at where different age groups are choosing to live to give us a better understanding of the UK property market. It revealed that for young homeowners especially, living near to where they consider to be their ‘home’ is of huge importance when starting a family and getting onto the property ladder. 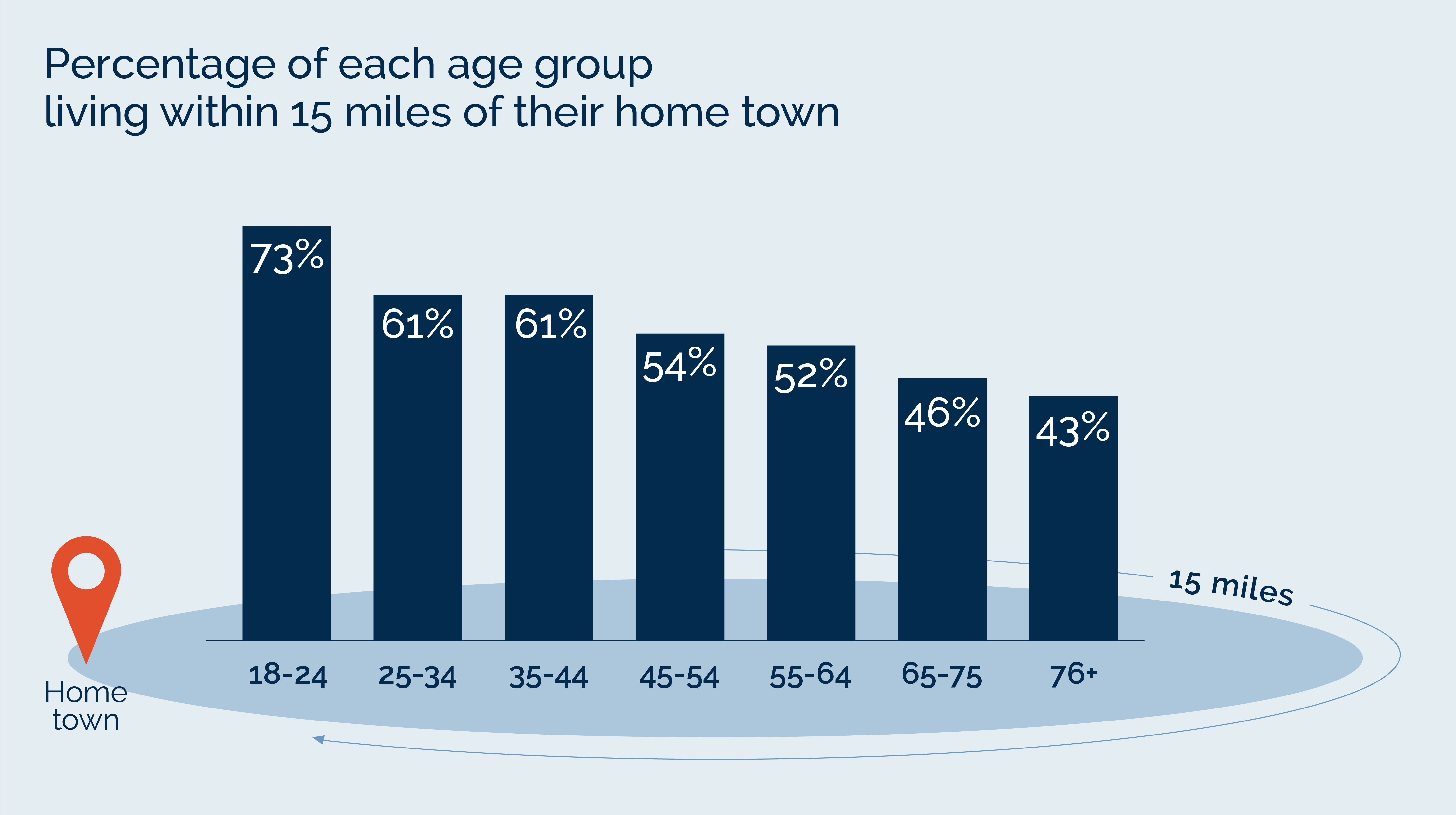 For younger homeowners, living near home was revealed to be important, perhaps for taking advantage of factors such as schools with good reputations, or to be close to family or friends. The average homeowner aged 18-24 lives just 37 miles from their home town, which is considerably closer than any other age group. 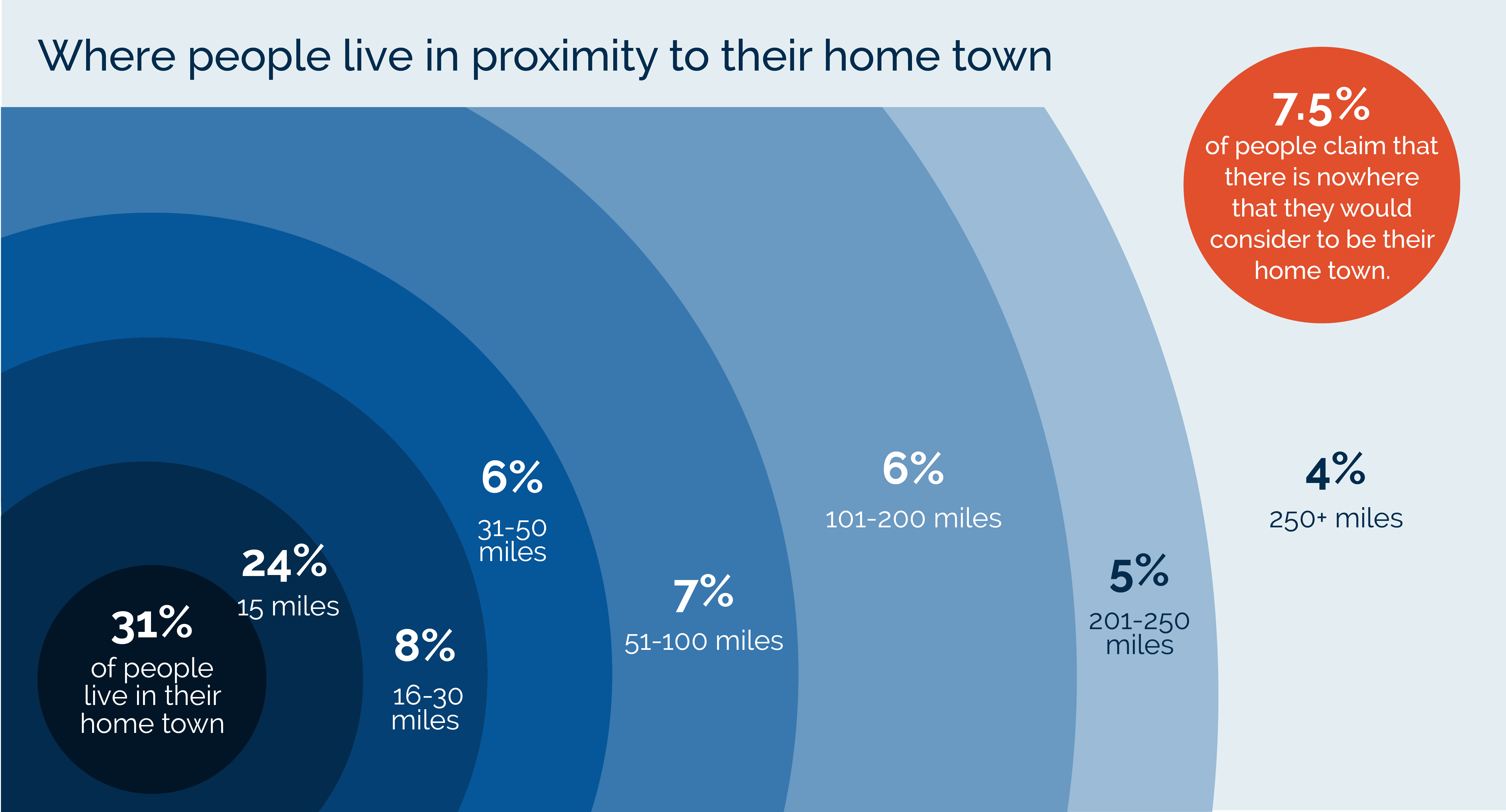 Of course, people move throughout their lives, usually because of their careers, often moving away from their home town before moving back home. It was found that homeowners moving back closer to home are likely to be moving into their third home.

People in the North East likely to live closer to home


Regionally, 71% of those in the North East live within 15 miles of their hometown, more than in any other UK region. The South West has the fewest number of homeowners living within 15 miles (44%), while it’s the part of the country where people move furthest away from their hometown when buying a property, with an average distance of 166 miles.

Homeowners with children live closer to home than those without


Homeowners with children live an average of nine miles closer to their hometown than those without children, although it isn’t clear whether homeowners actively move closer to home after having a child. The fact that families live closer to home could be down to the possibility that grandparents may live in those hometowns, who traditionally care for grandchildren at a young age.

First-time homeowners likely to live near their hometown


Because first-time homeowners are likely to be younger, it no surprise that almost two thirds (64%) live within 15 miles of their hometown. Almost a third (31%) of first-time owners bought their property in their home town, while 23% have always lived in their hometown and 8% have moved back having lived away.

We launched the Home Satisfaction Survey to try and better understand home ownership in the UK. David Wilson Homes want to understand the factors that influence people’s satisfaction in their current home; from initial cost to location – rural or urban – to the age of the owner, it has helped us build a clearer picture of the situation today, and what we found was mainly positive.